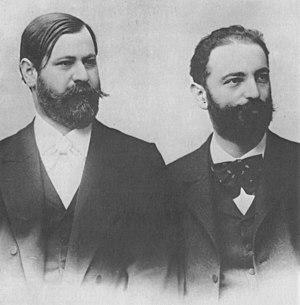 "It may be taken as a recognized fact that neurasthenia is a frequent consequence of an abnormal sexual life. The assertion, however, which I wish to make and to test by observations is that neurasthenia actually can only be a sexual neurosis.

One can observe in the circle of one's acquaintances that (at least in urban populations) those individuals who have been seduced by women at an early age have escaped neurasthenia. ...

This second noxa is onanismus conjugalis -- incomplete intercourse in order to prevent conception. In the case of men all the methods of achieving this seem to fall in line: they operate with varying intensity according to the earlier disposition, but do not actually differ qualitatively. Those with a strong predisposition or persistent neurasthenics cannot tolerate even normal coitus; then intolerance of the condom, of extravaginal coitus, and of coitus interruptus take their toll " ...

Neurasthenia in females. Normally, girls are sound and healthy and not neurasthenic; and this is true as well of young married women, in spite of all the traumas of this time [of life].

In rarer cases neurasthenia appears in married women and in older unmarried ones in its pure form; is is then to be regarded as having arisen spontaneously and in the same manner. Far more often neurasthenia in a married woman is derived from neurasthenia in a man or is produced simultaneously. In that case there is almost always an admixture of hysteria and we have the common mixed neurosis of women.

The mixed neurosis of women is derived from neurasthenia in men in all those not-infrequent cases in which the man, being a sexual neurasthenic, suffers from impaired potency.

The admixture of hysteria results directly from the holding back of the excitation of the act. The poorer the potency, the more the woman's hysteria predominates, so that essentially a sexually neurasthenic man makes his wife not so much neurasthenic as hysterical.

. ... Rarer case of anxiety neurosis outside marriage are encountered especially in men. They turn out to be cases of congressus interruptus in which the man is strongly involved psychically with women whose well-being is a matter of concern to him. In such cases this procedure is a greater noxa than for a man than coitus interruptus in marriage, for this is often corrected, as it were, by normal coitus outside marriage (p. 43)."